Blood Suckers: Banks’ Refusal to Lend Will Cause a Crisis

The day-to-day work of financial and industrial analysis involves a lot of digging through data.

First, I have to locate a data source, which can take a long time and a lot of reading.

Then, I need to get familiar with the numbers – their overall quality, sources, and normal ranges – before I can make any kind of insightful “real world” connections.

Usually, the insights I gain after doing all that digging show me… that I need to do more digging.

But it’s a cycle that confirms just how connected the world – and therefore, all of us in it – really is.

And if you’ve been reading along these last few months, you’ve seen that process in action.

For instance, the column that I wrote last Tuesday about Tropical Storm Isaias was, at its core, a story about a slowdown in the real economy.

In case you were wondering, my tomato plants all survived the storm… I’m sure they were on your mind. 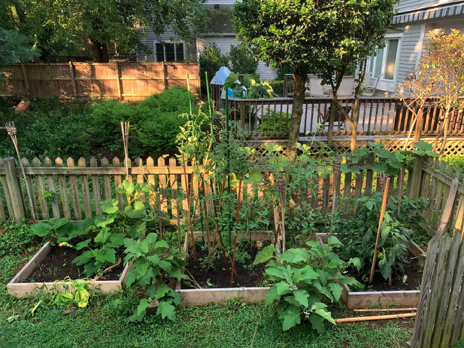 But what I took away from doing that work was that I had to take a look at “real economy” markets other than oil and gas. Otherwise, I’d be unable to really understand whether that slowdown is being offset or made worse by other sectors.

That idea led me to last Thursday’s column on the looming eviction crisis, which went into some detail on underlying dynamics in the real estate market.

And while I think we can make some assumptions about the future collective behavior of certain individuals based on common sense; at some point we need to be able to calculate it.

Since the real economy itself is struggling to generate cash flow right now, it stands to reason that we look at the flow of money and credit from the banking sector instead.

That’s because when you think about it, companies/people that aren’t making as much money will generally reduce spending. And if the goal of the Fed is for those companies/people to increase their economic activity, then the Fed is going to need banks to extend them credit… or loans.

So with a deep breath and as much patience as I could muster, I started to dig into the deep, complicated world of Federal Reserve data.

Credit Where Credit Isn’t Due

I thought it best to begin looking at commercial banks, as they are the entities that issue consumer loans in the first place. This information is contained in the Fed’s “H.8” weekly data release.

The first thing I noticed is that bank credit has been generally increasing – not exactly that surprising, given how much the Fed has directly provided since February.

But I was surprised to see this past week’s number decline by US$18 billion, which you can see in the table below.

And yet, when I look through the portion attributed to securities (line 2), each category – US Treasuries, Mortgage-Backed Securities, and “other” – almost all of them went up.

Now, I’m not a banking analyst, but this didn’t make much sense to me. But when I saw the next major category – loans and leases – things started to come together.

Total loans and leases fell US$33.5 billion week-on-week, and aside from a small uptick in auto loans and (surprisingly) commercial real estate loans, they fell across the board.

What that tells me is that the Fed’s stimulus from earlier in the year is starting to wear off. And if you’re a bank in this environment, you want to make sure you get your money back.

The easiest way to do that is to only issue new loans to your best clients – meaning lending standards should be increasing. Fed data confirms this trend, of course… but I was shocked to see just how severe it was.

With 16 million people unemployed and another 16 million or so receiving PUA – or “Pandemic Unemployment Assistance” – this trend does make material sense.

And when we look at the Fed’s “H.6” data – which measures money stocks and debt – we can see this clearly playing out. Total savings deposits decreased, as did time deposits (CD’s), money market funds, and checking deposits – all of which indicate consumers are taking in less money than in previous periods. 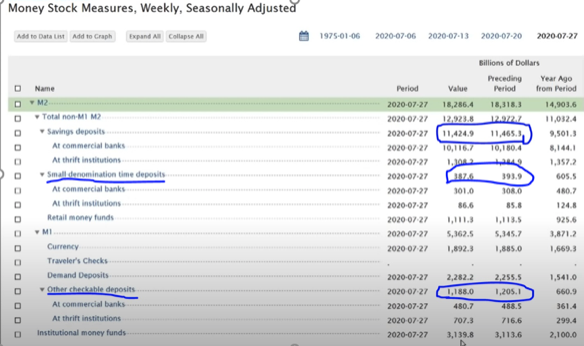 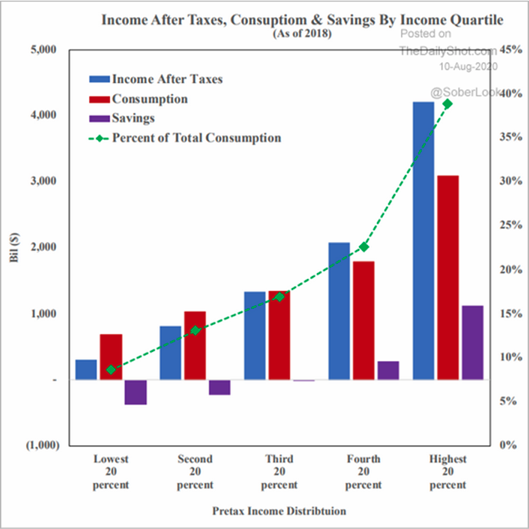 Now, the former instance – asset purchases – will result in some inflation, which we’re seeing as the average price of home sales are bouncing hard off of the March lows.

But the decline in savings and the decrease in spending we’re seeing in the lower and middle classes will have absolutely no effect on inflation whatsoever. That’s because paying off debt or paying bills doesn’t contribute to the real economy.

In the past, those folks would have pulled that inflation forward by buying everyday items on their credit cards and paying it off later. But that’s not happening now… in fact, consumer credit is going the other direction.

And we can see this play out in US imports/exports as well, which show overall demand barely recovering at all.

And sure enough, when I chart it, we can see a clear correlation between the two.

To my eyes, that’s adding up to two things.

The first is that the already enormous inflationary bubble in assets – stocks, gold, real estate, etc. – is getting way bigger as the “have’s” ramp up purchases.

The second is that the lack of discretionary spending from the rest of the country is going to result in deflation in other areas of the economy.

And that means that some changes need to be made.

Putting Money – and People – to Work

And if they can’t (or won’t) lend to regular “Joe’s” they have to somehow incentivize their top-tier credit clients to build more businesses and buy more stuff.

To do that, banks need the Fed to lower interest rates. And that is exactly what I think they’re doing here…forcing the Fed’s hand. Moreover, the data indicate it should work – charted below is the average 30-year mortgage rate versus lending standards (inverted so they move in the same direction).

And as it turns out, they’re already kind of getting that effect, as “real” rates (interest rates minus inflation) have moved below zero for all US treasuries:

And that is starting to move bond prices higher:

Moreover, both the S&P 500 and gold have now hit double tops at all-time highs, while the US Dollar hit a double bottom.

And net short positions on the US dollar are hitting a historical level that indicates a turnaround.

I’ll be frank – I think this means markets will see a huge reversal over the next 4 weeks or so, and the US dollar is going to rip higher as sellers can no longer defend this position with gold and the stock market rolling over.

As such, it’s time to pick up another ¼ stake in the Invesco DB US Dollar Index Bullish Fund (NYSEArca: UUP), and to play the rise in bonds, let’s add in a ¼ stake in the iShares 20+ Year Treasury Bond ETF (NasdaqGS:TLT).

Before I go, there’s one more unrelated play that is of interest at least through Thursday.

There’s a strong storm called a “derecho” barreling through the Midwest at the moment, flattening corn crops and damaging silos as it goes.

And while tomorrow’s WASDE report is expected to show big yields, the recent explosion in Beirut and the floods in China may put some near-term pressure on the market that current supplies can’t meet.

Because of that, let’s also pick up a speculative ½ stake in the Teucrium Corn Fund (NYSEArca: CORN).

It’s not likely to do much, but there has been a massive increase in call volume (table below), so taking a 2-day flyer seems reasonable.

That’s plenty for today, though… I’ll be back on Thursday, likely with some updates on that last position.

Have you heard of the rise of Robinhood? The “no fee” investment app…

Wall Street wasn’t paying attention to any of these names… they missed out. Now everyone wants to know… where will the “Robinhood Effect” strike next?

Well, we can tell you…

Find out the next big winner.