I keep seeing this quote from the movie ‘Jaws’ pop up frequently in financial circles this year.

I have read it in articles, chuckled at Twitter gifs, and I’m even starting to see it on mainstream social media networks.

It makes some sense, too.

Now, I’m a lifelong fan of the movie – after all, we were both “released” in 1975. But as a longtime financial analyst, I think there are some other themes that warrant further exploration.

Specifically, there are a ton of similarities with the coronavirus outbreak circling the globe.

Chief among them is the proper level of government response to crisis. In particular, I’m talking about the balance leaders must strike between protecting constituents, protecting the economy, and heeding the advice of subject matter experts.

As I’m sure you’re aware, events in the movie are set in motion by a local young woman falling victim to what appears to be a shark attack. Amity Island’s police chief suggests closing the beaches while they investigate. But the town’s mayor insists on keeping them open, as local businesses rely heavily on summer tourists.

After all, it was possibly just a boating accident.

Hamstrung by the town’s executive branch, Chief Brody reluctantly accepts their course of action. But after another death, he consults an oceanographer who not only confirms the initial incident was a shark attack, but also determines that it was specifically a Great White.

Despite the expert advice, the mayor declares the beaches safe again after local fishermen catch a large Tiger Shark.

And, well… you know how the rest goes.

The parallel here is obviously the widely variant government responses to the COVID-19 pandemic. Rapid, comprehensive responses in Taiwan, Singapore, Japan, and South Korea slowed outbreaks. But slow responses in China and Italy have caused the disease to spread rapidly. And those cases have only recently begun to decline.

Ironically, the U.S. exemplifies both instances. A few states and municipalities have been aggressive, but many haven’t. Some mayors and governors acted quickly, but others waited too long.

For instance, King County, WA, sheltered in place more than two weeks ago, and we are now beginning to see the daily pace of new infections slow. 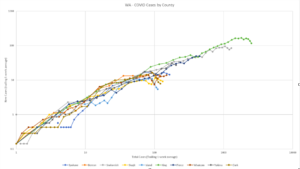 But states like Florida have been excruciatingly slow to act. Governor Ron DeSantis – much like Mayor Vaughn in Jaws – refused to close beaches until recently. In fact, the state issued no significant action until a stay-at-home order just a couple days ago. 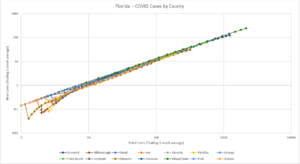 And because of that, we know for a fact the global economy will not be operating at anywhere near full capacity for at least that long… if not longer.

So when I see an economic activity tracker in China register at roughly 80% of normal, and global crude oil production hovering near all-time highs (chart below), it makes me wonder…

Where is demand for this crude going to come from?

According to the International Energy Agency, China accounted for roughly 80% of previous demand growth. Yet that growth turned negative in February, when the entire country was essentially shut down by COVID-19.

Worse, that lockdown spread to Europe in March, and now in April, it appears to be moving on to the world’s largest economy here in the US.

And although China has largely gone back to work, almost no one is driving on weekends and holidays. That amounts to a 28% decline in driving, despite a month of recovery. In other words, consumption patterns have still not returned to normal. 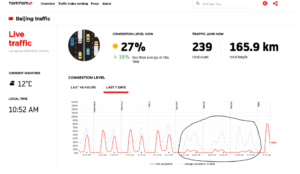 If that is still the case in China, you can bet those patterns will translate over to the rest of the world once we emerge from our stay-at-home orders.

On-road transport activity accounts for roughly 50% of global crude oil demand, or about 50 million barrels per day. That means that the entire world can expect around 14 million barrels/day of demand to simply disappear. 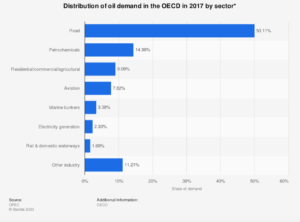 A 70% decline in industrial production pulls out another 7.8 Mb/d.

Petrochemical feedstocks can expect a 50% haircut, or 7.2 Mb/d.

And finally, residential/commercial/agricultural appears to be coming down by 30%, or 3 Mb/d.

That brings us to a projected short-term demand shortfall of 37.5 million barrels per day.

President Trump has suggested that Saudi Arabia and Russia will peel back 10 million barrels/day of production – “maybe substantially more”!

While the pair have publicly hinted at production cuts, a deal has yet to materialize.

And even if it were to arise, 10 million is a much lower number than 37.5 million.

In turn, that means there’s a heck of a lot of crude oil and refined product coming to market that has nowhere to go. In other words…

In fact, we’re going to need a couple of different fleets.

We’ll need one of them to carry and store all that crude oil that can’t find refiners to buy it.

And we’ll need a different fleet to carry and store all the refined products (diesel, jet fuel, gasoline, etc.) that can’t find everyday consumers to buy them.

All those boats will get booked up by distressed producers hobbled by force majeure declarations. In turn, that depletes the supply of available ships while demand continues to grow unabated.

That causes shipping rates to move upward – a trend we are already seeing.

Crude oil shipment and storage will primarily involve so-called Very Large Crude Carriers, or “VLCC’s,” as well as smaller tankers that can navigate the Suez Canal, or “Suezmaxes.”

The best positioned company with that particular type of asset allocation is DHT Holdings (NYSE: DHT).

The company owns about 15 VLCC’s and 11 smaller vessels, and the stock is trading at a little over $6 per share right now. That’s worthy of taking a 1/3 stake right now and setting a limit order to pick up another 1/3 stake at $5. We will keep the remaining stake in cash to deploy later.

Refined products are a little different – they use more specialized tankers to push product around the world. And there is no better refined product shipper in the world than Scorpio Tankers (NYSE: STNG). The company has a solid fleet in place already, as well as several new builds in the works. Also, the price chart (below) is showing us an opportunity:

Shares are trading in the mid-$16 range now – very near 52-week lows. Under current volatile market conditions, I think a similar strategy is prudent here. So, establish a 1/3 stake now, set a limit order at the $15 mark to pick up another 1/3 stake, and save the remaining dry powder to deploy later.

There are lots of derivative plays here, as well.

Refinery margins are already miserable, as the chart below shows.

But there’s plenty of time to establish a beachhead on those shores…for now, we batten down the hatches.